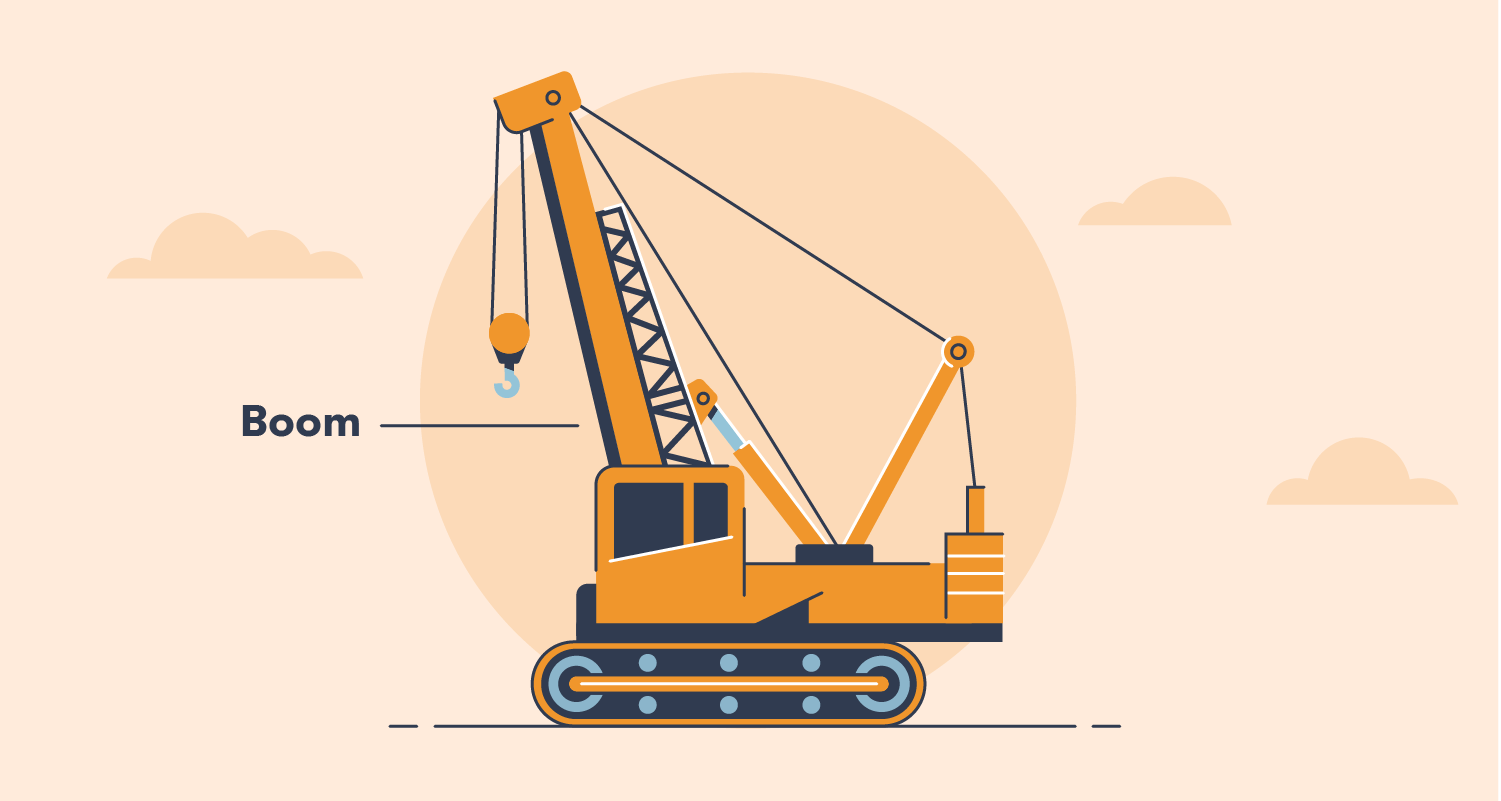 What is a Crane Boom? On a building site, the extended arm of a crane is sure to capture someone’s attention. The crane’s boom is a significant and visible component.

The crane’s “boom” is the long, fixed or hydraulic arm that moves huge loads. When a cargo is moved, it requires the majority of the force, and the length of the boom defines how far a crane can reach. The boom has varying purposes and appearances depending on the kind of crane.

Even though a crane boom seems to be a simple equipment, it requires considerable expertise to use. In this article, you’ll learn how a crane’s boom works and how it communicates with the rest of the equipment. 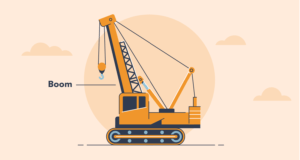 How precisely does a crane’s boom function?

Crane booms may be composed of latticework or powered by hydraulics. Both assist in lifting and moving objects, but in different ways.

In a favourable manner, expanding a lattice

Lattice booms are constructed from steel bars welded together in the form of a “W” or “V.” This lattice construction is ideal for tower and crawler cranes due to its improved strength and lower weight.

When bearing a weight, the length of a lattice boom remains constant, but the boom itself may spin, tilt, and move side to side. Engineers of the largest cranes, which often feature lattice booms, must carefully calculate the ideal tilt angle for lifting massive weights without tipping the crane over. The operator may modify the location and direction of the boom by using the cab’s controls, joysticks, and computerised safety systems. Once the boom is in position, a hoist system that runs along the boom may be utilised to lift or lower the weight.

Hydraulic cranes, as opposed to lattice boom cranes, feature booms that can extend to various lengths and fold up to allow them to be transported. They often resemble poles or telescopic arms and are propelled by a powerful hydraulic system.

The pistons are held in place by cylinders that are filled with hydraulic fluid. A pump generates pressure that pushes the pistons in and out, enabling the crane boom sections to expand and contract. The most common kind is a telescopic crane boom, however folding crane booms may also be moved using hydraulic systems.

Crane booms that fold rather than stretch like a telescope are ideal for working in compact places where precision is critical. They need more hydraulic cylinders than telescopic booms, despite the fact that they are driven by the same hydraulic system.

When the cranes and boom trucks went to war,

Cranes and boom trucks are often mistaken for one another due to their appearance. Both feature booms that can lift extremely massive objects and are often seen on construction sites. However, there are some key differences that distinguish them.

Both mobile and stationary cranes come in a variety of sizes and forms. They can raise big objects due of a system of counterweights and stabilisers. Tower cranes, all-terrain cranes, hydraulic cranes, fixed cranes, and truck-mounted cranes are some of the most prevalent varieties.

Because boom trucks are smaller and simpler to manoeuvre than cranes, they are used to carry lightweight goods. They may be driven about construction sites just like any other pickup truck. They are more stable than cranes since they lack counterweights and outriggers in favour of hydraulic booms. A basket on the rear of certain boom trucks allows maintenance employees to access high, difficult-to-reach spots.

Many components of a crane work together to securely lift and transport huge items. The crane boom functions with a variety of critical components, including but not limited to:

Jibs and crane booms are often mistaken because they appear the same. The jib of a lattice crane is frequently extended from the boom. This provides extra space between the load and the primary support structure. Tower cranes often feature jibs that may be removed when not in use. 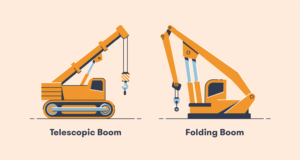 Cranes employ counterweights and outriggers to prevent them from tipping over while lifting big objects. Crane counterweights may be stacked and removed. They are often mounted to the machine’s rear, right below the boom.

It may be feasible to make the mobile crane more stable by using the outriggers, which are large beams. When they are extended from the chassis, they employ a flat pad to support the crane’s weight. Outriggers are supported by a flat surface and extend and retract using a hydraulic mechanism.

Cranes employ wire ropes, which are metal wires, to lift and support enormous loads. Wire rope is comprised of many steel wires twisted in a helix around a core strand to prevent it from breaking when stressed. A crane hoist’s major component is a wire rope that runs down the boom and is used to raise and lower loads.

To attach a load to the end of a crane’s cables, a load block may be employed. A standard steel sheave block consists of a hook, bearing, swivel, and a pair of sheaves. When the block is not coupled to a weight, these sections are supposed to maintain the wire rope tight.

The crane’s upper carriage houses the engine, cab, and wire rope drum, among other components. Boom anchors secure the boom to the upper carriage, and the crane’s controls are operated from inside the boom by the operator.

The most visible feature of a crane is most likely its boom. Because they are adaptable, they may be configured in a variety of ways. There would be no skyscrapers anywhere in the world without cranes with large booms that can lift a lot of weight.

14 Construction Skills You Need to Land a Job

The Oldest Buildings in America