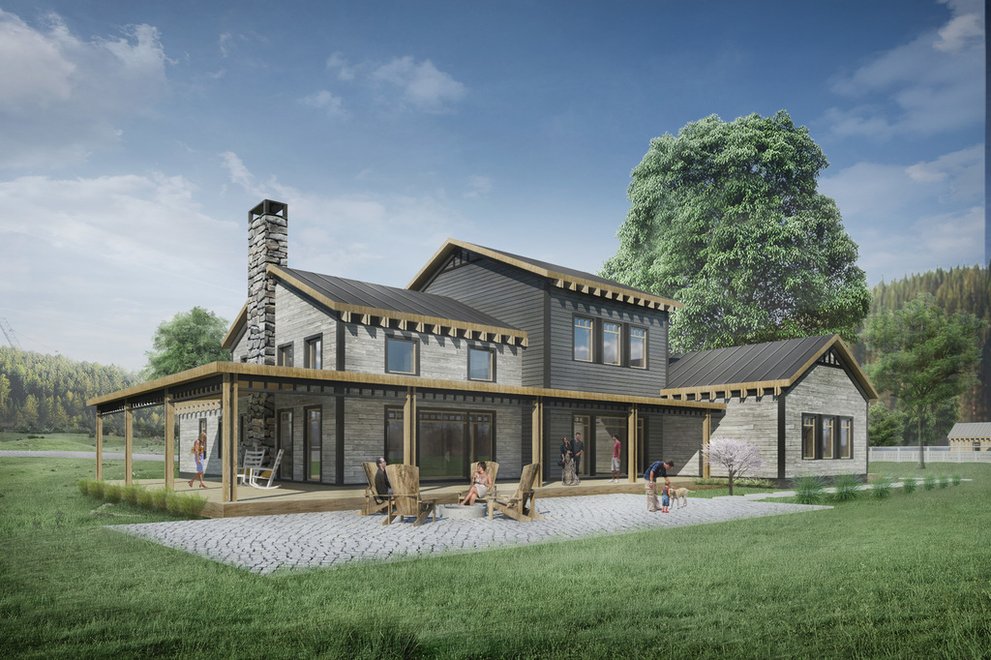 The New Transitional Style: As a result, you should not create a home that just replicates what everyone else is doing. But you’re not quite ready for a contemporary home with odd angles and a flat roof. Don’t worry, there is a happy medium: transitional style. Styles that have been popular for a long time are receiving a fresh appearance as a result of this new trend. Transitional architecture incorporates traditional styles such as the Prairie, Farmhouse, and even Gothic. Materials, details, and colours have all been updated to reflect current consumer preferences. Architect Nick Lehnert of KTGY Architecture + Planning was among those who praised the design during this year’s International Builders Show. “People are sick of French, Italian, and Ranch salad dressings,” he remarked. They want to try something new. Even in the houses of baby boomers, transitional designs are becoming increasingly fashionable. 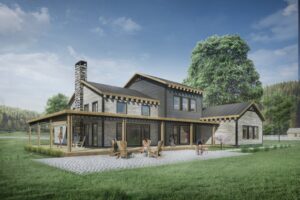 What distinguishes a transitional style? Look for interesting elements in the columns, railings, siding, and paint. Corrugated metal cladding, steel I-beam columns, and metal grid railings are common features of buildings in this style. Some of the additional elements that come with a classic design may be left on the drawing board in order to keep things simple. “The impact of transitional design is typically an exaggeration of the original shape,” explains BSB Design architect Ed Binkley. He goes on to mention additional transitional architectural aspects including gooseneck lighting, big windows, concrete block, horizontal awnings, and rainscreen walls.

This slide is from a presentation regarding transitional home types that Binkley presented at his firm. It features some of his most recent creations, such as the “new urban farmhouse.”

There are two factors that pique people’s interest in the transitional style. In other words, some individuals simply wish to modernise old styles by using contemporary methods and materials. Some individuals begin their search for a new home with an interest in contemporary architecture and conclude with an interest in classic architecture. Seth Hart, who created DTJ and is an IBS presenter, describes the aesthetic as “moderate modernism.” Hart is always on the lookout for innovative, less costly methods to get the aesthetic he desires. He employs great colour contrasts and forms that resemble structures. The one thing he advises against is “going wild with roof forms.” When you spend less money on basic roof care, you have more money to spend on other things.

Another thing to keep an eye out for is a large modification to the most essential component of the structure. According to Binkley, it is critical to maintain historic proportions, massing, scale, and roof pitches. Then, he argues, you may concentrate on transitional components that “may give a bit of whimsy, liveliness, and even even comedy.”

Transitional designs are often employed in new developments with mass-produced dwellings. They are also beginning to emerge on home designs, particularly for the new ultra-modern farmhouses. Plan 924-6, which can be seen from both above and below, depicts the kind of

This American farmhouse design becomes much more contemporary with modern clapboards, a new colour scheme for the windows, and big entrances.

eaves. The plan is designed with contemporary rooms for families that are easily connected to outside activity spaces.

Even the cottage style is being update. The gables that are characteristic of cottage building may be see on Plan 23-2308.

Their original shape and form were preserve. However, the designer incorporated a number of non-standard horizontal shapes, such as windows, colour bands, and siding, and there is a high degree of colour contrast between the building shapes. With its 6/12 pitch, the roof is also an excellent location for solar panels for a modern touch.

Plan 888-1 is a contemporary twist on the farmhouse. It is vertically construct and has brilliant red siding that is all the same hue.

The barn style is highlight by the standing seam metal roof. However, the design incorporates some modern elements, such as a porch set back into the structure and geometric windows, which are uncommon on barns. The plan has also been complete.

with traditional features such as a built-in bench for waiting, a window seat, a stair tower, skylights, and a large coat closet

Some transitional styles have more noticeable characteristics than others. Plan 498-18 appears to be Spanish architecture, with its deep eaves and white massing. The hipped roof geometry, on the other hand, is reminiscent of the Prairie style.

However, the parts that people see have been alter. The house has a transitional feel due to its large picture windows, one of which is in a corner, metal railings and downspouts, and lack of extra decorations.

Modern Fences – Use your imagination