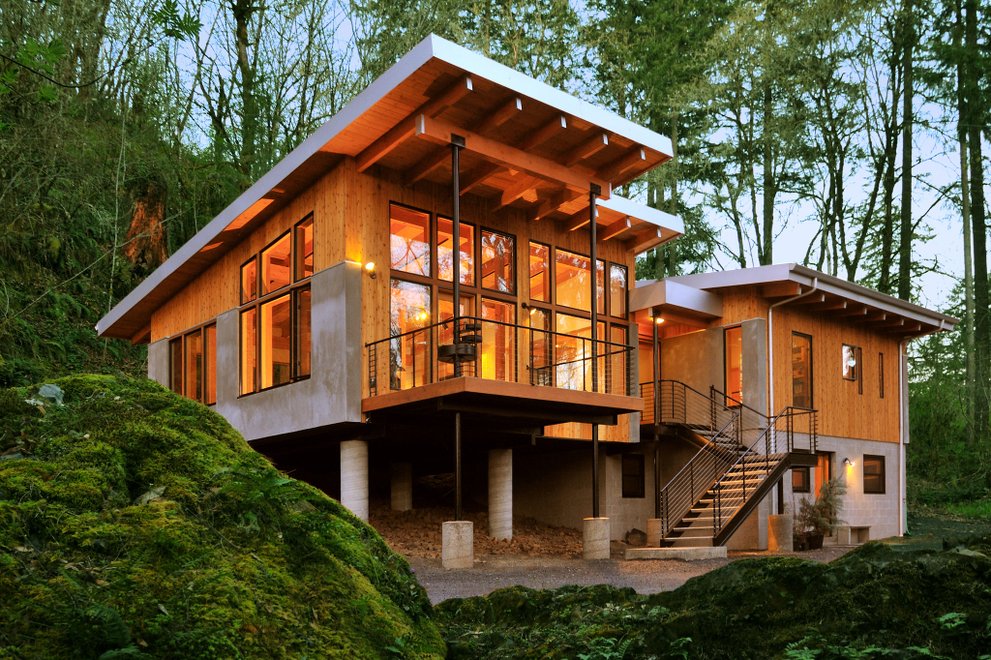 The $500 Recycled Window House: A dream home usually features a lot of windows so that the residents may take advantage of the natural light. But what about a glass home where the sun’s rays are continuously shining in? Following a magnificent sunset and a meaningful talk, two young artists decided to create a wonderful place to stay in the West Virginia highlands.

Artists Nick Olson, 27, and Lilah Horwitz, 23, create “site-specific clothing.” They met while vacationing at an artists’ retreat in Pennsylvania. Olson brought Horwitz to view his family’s farm in southern West Virginia early in their engagement. They had an idea while walking through the woods one night. 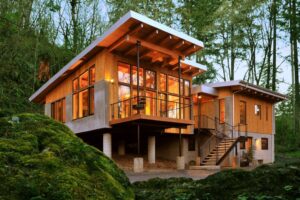 They were talking about how beautiful the light was as the sun fell behind a hill. “What if there was a location to live where the lighting varied throughout the day?” they thought.

The light in the morning, throughout the day, and in the evening seems to be considerably different. “We wanted to design a home that would require us to modify the way we live,” Olson said. The goal is to get more in touch with nature.

Olson and Horwitz had intended to continue doing what they do for a career during the summer, but they have now opted to concentrate on the intriguing new initiative they have just discovered.

Olson describes the young couple’s decision to leave their jobs, hire a U-Haul, and travel from state to state in search of windows for their retreat as a “spur-of-the-moment option.”

The odd home of the couple was featured in the Web video series “Half Cut Tea,” which examines the lives and works of various artists. (Their episode may be found at the bottom of this page.) Jordan A family friend is Wayne Long, a performance artist from Olson’s birthplace of Bald Knob, Arkansas. He and his wife were interviewed for the series, and their cabin was also featured.

The majority of the couple’s windows were obtained via dumpster diving and other forms of garbage picking, according to Olson. There weren’t many of them sold or acquired. The pair discovered the first one in an abandoned barn in Pennsylvania. It was crame with antique windows. Horwitz describes the discovery of the window as a “happy accident.” When they got enough glass, the two began construction on family property near the New River Gorge National River Park.

Hinton, West Virginia, according to Olson, is the nearest major city to the location.

Horwitz said that there were difficult periods throughout the construction process. They built the whole structure by themselves. A fox, rabbit, or deer would sometimes pop by to see what was going on.

Horwitz said that the house’s base is four feet above ground, making the front window wall about sixteen feet high.

Two of us were assign the task of erecting these massive pillars. She kept mentioning how frightening and stressful the situation was. In retrospect, it was a total waste of time. It’s a big thing. I can see why it’s so fantastic now.

According to Olson, they were successful because they were frugal and had an eye for beauty. The two individuals subsisted on rice and beans and constructed their house from nails, wood, and other items discovered in an abandoned barn nearby. They calculated that the whole job would cost roughly $500. [To see a slideshow inside the glass pod, click here or on any of the images.] According to Olson, the roof of the vacant barn was also remove. We were able to do this because, above all, we are artists and craftsmen. To keep expenses down, we had to think outside the box.

The home take months to construct, but it was finish by December. A stunning glass edifice emerged from the ruins of a junkyard and a forest. Despite the lack of running water and power, the two artists claimed they like utilising the space as a retreat.

Horwitz referred to the hour just before nightfall as the “nighttime sun.” She preferred to remain indoors at this time of day.

She said that “everything within is on fire” at this moment.

Olson says he is constantly astonish by the night sky.

“Coming home at night is an adventure,” Olson remarked. Everything begins with fireflies on the ground and finishes with stars in the sky. It’s nearly as pleasant as sleeping beneath the stars outdoors.

In the future, Olson and Horwitz want to add a wood-burning stove, solar panels, and an outdoor kitchen to their home. The Milwaukee couple intends to sell the property in the future, but for the time being, they want to use it as a holiday home.

[On October 17, the editor of Yahoo! Homes issued the following announcement: Some of our readers thought we lied about Olson and Horwitz’s hideaway’s unique features, so we added their names to the list of contributors. We made a few minor adjustments to the wording to emphasise that the cabin is not entirely built of glass. However, we kept the first paragraph’s original wording because that was the original idea that the couple discussed before deciding to build something more modest. 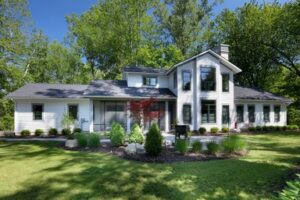 Many individuals have said that the structure is not designed to be utilised all year. We just believe that the Glass House tale and film are wonderful stories about youth and possibility. [To see a slideshow inside the glass pod, click here or on any of the images.] Ilyce Glink is the managing editor of the Equifax Finance Blog and an award-winning real estate columnist. She also has a radio show and a blog. On Twitter, she goes by the handle @Glink.

The Modern Farmhouse Explained: Classic Details with a Contemporary Touch